The French Centre National de la Recherche Scientifique and the University of Arizona are leaders and long-time partners in research addressing grand challenges of global societal relevance. To foster and expand research cooperation, the two institutions are partnering as a new International Research Center: FRANCE-ARIZONA INSTITUTE FOR GLOBAL GRAND CHALLENGES. This 2nd Call for Proposals issued by the IRC program aims at supporting outstanding collaborative projects in all disciplines. Get more details and apply

APPLY FOR QUANTITATIVE BIOLOGY WINTER SCHOOL TO BE HELD IN PARIS

iGLOBES director Regis Ferriere is a Scientific Committee Member for the forthcoming Winter School "Quantitative Viral Dynamics Across Scales", to be held in Paris from March 21-25, 2022.

The deadline for application is approaching: January 7. All information on the school program and application process is HERE. Note that applicants can request funding for travel."

The rate of children adopted from overseas has decreased by over 90% in France since the middle of the 2000s. Unreported in the news, international adoption is quietly dying. After flourishing at the start of the millennium, with parents wishing for children and overpopulated orphanages, what happened?

Going from local adoption agencies to Ethiopian orphanages, from France to Asia, Sebastien led an investigation for over 10 years among social workers, young adoptees, potential parents, pediatricians, mediators, and also diplomats and NGOs... Shaking our preconceived notions, he brings to light the positions that seem to perversely condemn international adoption, the quest for moralization and the constant focus on the children's well-being. Plunging into the depths of a hidden phenomena, revealing the modern changes in our views on parenting and - with today's heightened recognition of different types of families and the increase in available reproductive technologies - the unexpected importance of blood relations.

There is a long-standing quest in landscape ecology for holistic biodiversity metrics accounting for multi-taxa diversity in heterogeneous habitat mosaics. Passive acoustic monitoring of biodiversity may provide integrative indices allowing to investigate how soundscapes are shaped by compositional and configurational heterogeneity of mosaic landscapes.

There is a long-standing quest in landscape ecology for holistic biodiversity metrics accounting for multi-taxa diversity in heterogeneous habitat mosaics. Passive acoustic monitoring of biodiversity may provide integrative indices allowing to investigate how soundscapes are shaped by compositional and configurational heterogeneity of mosaic landscapes. The effects of dominant habitat and landscape heterogeneity on acoustic diversity indices were tested across a large range of mosaic landscapes from two long-term socio-ecological research areas in Occitanie, France and Arizona, USA.

We found that acoustic diversity was correlated more with configurational than compositional heterogeneity in both regions, with contrasting effects explained by the interplay between biogeography and land use history. We suggest that multiple acoustic indices are needed to properly account for complex responses of soundscapes to large-scale habitat heterogeneity in mosaic landscapes.

A GET TOGETHER BETWEEN the university of arizona AND france

Another step in solidifying the fruitful collaboration between the University of Arizona and France, thanks to CNRS' presence and investment in the scientific community and the students of both countries. The UA Presidency welcomed the French Ambassador and the General Council to the United States on January 3rd, 2022. 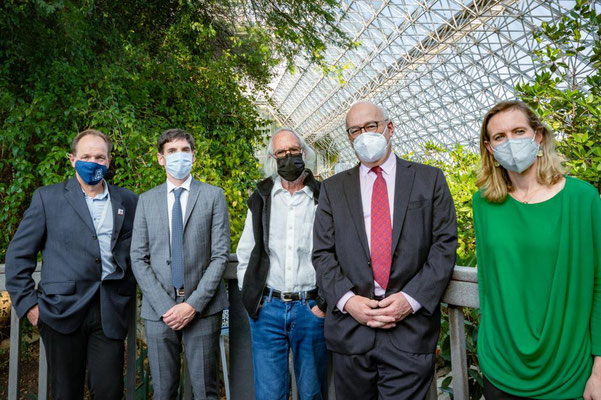 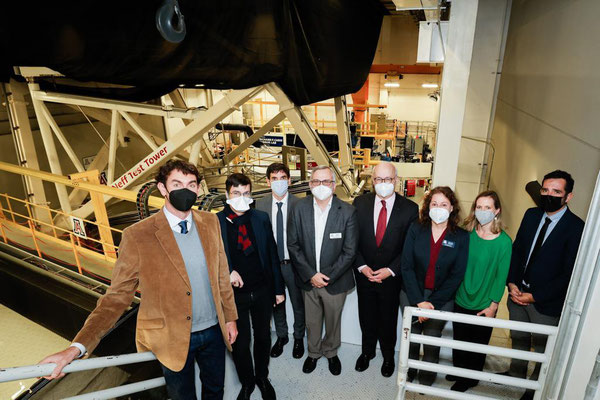 ©Matthias Carette - Courtesy of the French Consulate in Los Angeles