what next for the amazon? Carte blanche given to François-Michel Le Tourneau: “Internal colonialism”

The ultimate symbol of untamed nature under threat, the Amazon inspires anxiety and fantasy in equal measure. Numerous French humanities and social sciences journals are endeavoring to tease out the issues at stake, calling on the voices of Latin American specialists. These voices reveal a complex, uneven, and much more nuanced reality than is suggested by the simplistic narratives that filter through the media. Certain common notions are long overdue a rethink. The Amazon is so vast and so heterogeneous in its landscapes and populations that it makes more sense to speak of it in the plural. Contrary to popular belief, it is not a sanctuary for “virgin nature” but a continuum of spaces modified and regulated by humankind for millennia; its role as a sink for atmospheric CO2 is less vital than the health of its hydrological system; and while it is abundantly clear that “colonizing” policies espoused by certain states, with Brazil at the forefront, place certain areas in peril (even those that are ostensibly protected), it is still the case that 48 percent of the Brazilian Amazon and 80 percent of the Colombian Amazon has some form of protected status. Read more...

SENTINEL TERRITORIES: A NEW CONCEPT FOR LOOKING AT ENVIRONMENTAL CHANGE

Forty years ago, motivated by dropping water tables and land subsidence, Arizona lawmakers enacted the 1980 Groundwater Management Act. At the time, the Act was hailed as the most far-reaching state legislation to control rampant groundwater depletion ever enacted. Despite the rhetoric, however, the Act never dealt with Arizona’s groundwater usage in a comprehensive manner and today its shortcomings are starkly apparent. Plunging water tables in rural areas are forcing homeowners and businesses to either drill deeper wells or relocate. Riparian areas are being lost, and with them, Arizona’s unique desert ecosystems.

This Article argues that Arizona lawmakers must return to the drafting table to complete the work started in 1980—creation of a groundwater management code, based in science, that will ensure the equitable and sustainable use of groundwater across the entire State for current and future generations. Read more...

Covid-19, isolated indigenous peoples and the history of the Amazon

The current situation of a global pandemic invites reconsideration of similar situations that happened in the past, such as the great plague in Europe in the 14th century, or the successive and devastating influenza and measles epidemics (amongst others) which decimated indigenous populations in the post-Columbian era in Latin America, and especially in the Amazon. There, in indigenous villages, people got sick and quickly died, and subsistence activities were disrupted because crippled people were too weak to gather food or tend their agricultural plots. This story unfortunately played out until a few decades ago. Read more...

from alfaLfa to masterplanned communities: water management confronted with urban expansion, the case of Buckeye in Arizona

The city of Buckeye, on the west side of the Phoenix urban area (the state capital of Arizona) is the fastest growing city in the United States. Located in a semi-arid environment, the city was born at the edge of an irrigation canal in the context of the Conquest of the West. From a small farming community, Buckeye has transformed into an attractive suburb of Phoenix composed of multiple oasis-like masterplanned communities. However, this urban development is largely based on the exploitation of groundwater, regulated since the 1980s by the Groundwater Management Act, a law passed by the State of Arizona considered to be at the forefront of sustainable water management. This paper builds on how water is managed at the municipal level in Buckeye to explore the contradictions of water management in Arizona. Indeed, numbers of measures and safeguards were put in place in order to regulate the exploitation of the resource. The laissez-faire attitude of the various levels of government (State, municipalities) concerning land management is not helping to lower the pressure on the resource, which is becoming increasingly rare in the context of climate change.

Water crisis, policy making and the role of academia

François-Michel Le Tourneau: Could you describe the situation of water in your state, Arizona?

Kirsten Engel: This region is a desert, a very fragile desert and so the amount of water that's here is not sufficient to support a lot of the demands that we have for water. Read the full interview.

« Think of your house as a watershed ! »

Urban sprawl is one of the most important factors of landscape transformation in the United States. The Southwestern region, especially the state of Arizona, is often viewed as a example of this phenomenon in which significant quantities of space and water are consumed. The city of Tucson and the Pima County, where it is located, seem to be a counter-model in this respect since they have been trying to dissociate themselves from the ‘‘growth at all costs’’ model since the 1980s. Based on the statistics and spatial data available on this area, this paper compares Tucson’s declared aims and the reality of its spatial development. Crossing data from different sources, we are able to highlight not only some successes pertaining to water resource management, but also the difficulties that the authorities face in monitoring the transformation of the landscape and the urbanization, as well as resulting imbalances which will prove difficult to rectify in the medium or long term.

Optimality Versus Viability in Groundwater Management with Environmental Flows

Land tenure in the Western US, in particular in the most recent states, reflects the processes of appropriation which took place after the annexing of Northern Mexico by the US in 1848. It is characterized by a high proportion of public (federal and state) lands, as well as by a spatial configuration where influences of the homesteading and of land grants to railroad companies are still highly visible. Another aspect of land tenure in those states is its complexity, the number of public agencies involved and the multiple scales of intervention implied in its management. The state of Arizona is a good example of such dynamics. The paper therefore describes the private appropriation of lands in this state and the current extent of private lands. We then review the categories of public lands and their history. Finally, we pinpoint a number of difficulties that derive from the contemporary configuration of land tenure in Arizona, especially when local policies are to be developed. Link to site.

An Instrumented Methodology to Analyze and Categorize Information Flows on Twitter Using NLP and Deep Learning : A Use Case on Air Quality

This article focuses on the development of an instrumented methodology for modeling and analyzing the circulation message flows concerning air quality on the social network Twitter. This methodology aims at describing and representing, on the one hand, the modes of circulation and distribution of message flows on this social media and, on the other hand, the content exchanged between stakeholders. To achieve this, we developed Natural Language Processing (NLP) tools and a classifier based on Deep Learning approaches in order to categorize messages from scratch. The conceptual and instrumented methodology presented is part of a broader interdisciplinary methodology, based on quantitative and qualitative methods, for the study of communication in environmental health. A use case of air quality is presented. Read the article...

Gardenroots: A Citizen Science Project (2015) is the product of a needs assessment, revealing environmental quality concerns of gardeners living near hazardous waste or resource extraction activities. Participants were trained, collected garden samples for analysis, and later received their data visualized (individual and aggregated) via community events or mail. This article describes participant motivations, changes in knowledge and efficacy, and whether these depend on the mode of data sharing and visualization. Motivations were internal, and self-efficacy increased, while knowledge and satisfaction were higher in event attendees due to increased researcher contact. This reveals importance of data-sharing events, data visualizations, and participatory research processes. Link to article...

How ecological interactions, genetic processes, and environmental variability jointly shape the evolution of species diversity remains a challenging problem in biology. We developed an individual-based model of clade diversification to predict macroevolutionary dynamics when resource competition, genetic differentiation, and landscape fluctuations interact. Diversification begins with a phase of geographic adaptive radiation. Extinction rates rise sharply at the onset of the next phase. In this phase of niche self-structuring, speciation and extinctionprocesses, albeit driven by biotic mechanisms (competition and hybridization), have essentially constant rates, determined primarily by the abiotic pace of landscape dynamics. The final phase of diversification begins when intense competition prevents dispersing individuals from  establishing  new  populations.  Species’ ranges  shrink,  causing  negative  diversity-dependence of speciation rates. These results show how ecological and microevolutionary processes shape macroevolutionary dynamics and rates; they caution against the notion of ecological limits to diversity, and suggest new directions for the phylogenetic analysis of diversification.

More than half of the US rural population lives inside metro or micropolitan areas and even at more disaggregated scales, such as the census tracts, most spatial units mix rural and urban population. At a national scale, only 30% of the country are inhabited by 100% urban or 100% rural population, implying that more than two third of the US territory are somewhere in between both situations. As the rural/urban dichotomy appears today to be blurred by the emergence of new phenomena like rurbanization or exurbanization, our perception of rural America may be somewhat twisted and the reality of rural areas underplayed. This paper focuses on using finer-grade spatial units such as the census blocks and block groups, in order to provide new elements about the extension, localization and characteristics of rural America as well as about its inner dynamics. To that end, we analyze and process geographical and social data at these two levels of information, and use population density as a main factor of analysis. This allows us not only to propose new measurement of the extent of rural space in the USA but also to propose a new vision of its spatial dynamics by studying how several social indicators such as income, median age or sex ratio reveal regional and micro-regional variations and situations in the rural part of the US.

The “Common-Pool Resources” Put to the Test of Mining Activity: The Case of the Constancia Project in Peru

The article draws upon the natural resources management model developed by economist Elinor Ostrom to examine the Constancia (Peru) mining project. It's a study of local communities’ capacity for decentralized and adaptive management within the new rhetoric of sustainable mining advanced by the companies. In what ways does this new mode of regulation allow local communities to provide for their self-organization? Do they have any influence in the very hierarchical power relations characteristic of the mining context? At issue is their ability to maintain sovereignty over their territories and manage the “Common-Pool Resources”. By taking into account the mediating role played by new professionals in the participatory process institutionalized by the state, the Peruvian legal framework offers a relevant example for analyzing the relationships of these communities with the mining companies. 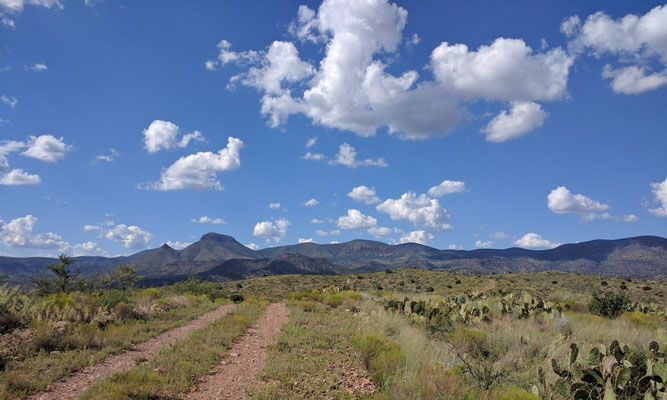 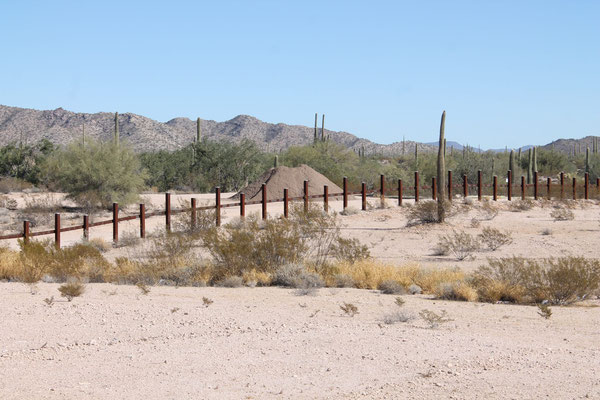