My name is Elie Danziger and I am a PhD student funded by the CNRS and affiliated with the Laboratoire d’Anthropologie Sociale of the Collège de France, as well as the Institute of Biology of the Ecole Normale Supérieure in Paris.

My project focuses on the modelling of life in closed spaces, and I am conducting fieldwork to compare the way scientists and engineers conceive of and fabricate closed systems across different labs such as the Ecotrons in Europe and Biosphere 2 (B2) which I am currently investigating here in the Sonoran desert.

My day-to-day ethnographic endeavor consists mostly in helping out and shadowing as many scientists and technicians as possible, in order to get a sense of the choices that are made in the maintenance of ecological systems that are situated on a gradient, from the most to the less closed.

Since I arrived at B2, I’ve been volunteering to help Kai Staats in building SAM, an analog space habitat for Mars, comprised of a greenhouse (which used to be B2’s test module), a living quarter (a big container, which is luxurious by NASA’s standards according to Kai), and a Mars terrain to test rover movements outside the former two spaces.

This week has been dedicated to a lot of construction work around the ‘lung’, i.e. the compartment that helps to regulate the air pressure inside what used to be the test module. Along with co-volunteer Luna, we’ve been scraping all the dust that had accumulated in there, and we applied construction painting to even things out better.

Kai is hoping to have SAM ready for the Space Analog conference that will be held at B2 in early May, and to have teams start to live and experiment autonomous conditions by the beginning of 2023.

Starting next week, I’ll continue volunteering on SAM, but I will also be helping on the ocean biome and on the Landscape Evolution Observation (LEO) project — the aim being to attend to, as well as document the schemes through which life is being managed (or anticipated) in (yet-to-be-constructed) closed spaces. 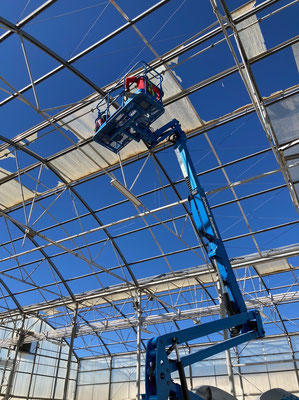 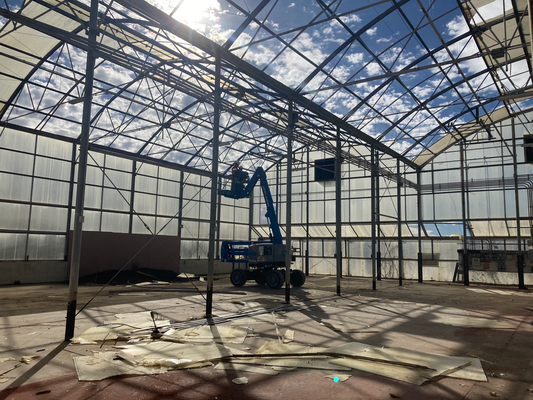